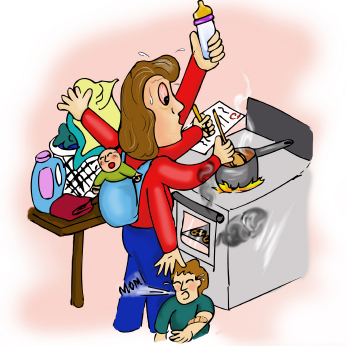 I help Mums (and me!) to enjoy being a Mum more with my books, blog, facebook groups, online courses and my Salon and Spa.

If you'd like to connect with me on facebook, please like my page and set notifications to first if you don't want to miss any posts:
https://www.facebook.com/mummywhisperer

Check out my book '6 Steps to a sparkling you', which helps you to regain control of your life and bring back the joy, whatever limitations you have on your energy and resources:
https://mummywhispererblog.com/get-sparkling/

I also do 1to1's, Online group courses and online mastermind/support groups that can give you much more support:
https://mummywhispererblog.com/coaching-courses/

In 2013 I opened a Hair & Beauty Salon and Spa called Espiritu in Radlett Hertfordshire. If you would like more information please click here: Http://EspirituSalonAndSpa.com

Find me on Google+