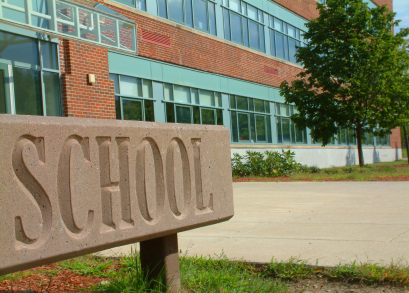 So Curly Headed Boy started in reception last September.  I expected it to be a bit tricky, but by the end of the first term he was no happier and it was really affecting him at home.

So I’ve been posting about the 7 steps (See the category ‘starting reception‘) that I took to try and resolve it, but I thought I would summarise them here.

Well, I suppose that is all relative, but when there were distinct character changes, and signs he was really unhappy, I decided to take action.  To me it was possibly that bad that we would have to move schools.

So step 1 is to work out what the problem is:

Here are the sorts of things that I had noticed ..

After the Christmas holidays and spending some time with him, I a list of what the problem appeared to be …

It’s strange how many children can be in the same place and the same scenario and not react in the same way.  Curly Headed Boy has always been both a typical boy and very creative, and I think that he might just be more emotionally aware than is typical of a 5yr old boy.  But at some point all kids will have a problem at school.

Step 2 is to get your head around it:

It hurts when our kids are unhappy.  But, in order to help them we have to get our heads around it and step back a bit.  The attitude to have is that you’ve been shown some areas that your kid needs to strengthen and empower to help them in their life.  It doesn’t mean that sometimes we need to get changes in the school or other children’s behaviour, as it might also be in their best interests.  However, seeing your child as the ‘victim’ of anything or anyone isn’t going to help.  We need to get them strong, but it’s more difficult to do that when we are upset.  It’s hard, but you need to try to take your own emotions out of the mix.

Then Step 3 is to make an action plan:

to work on the areas that you’ve highlighted your child needs to learn more about.

So here are the seven steps that I put in place.  The idea was to strengthen him where he was weak and use it as an opportunity to teach him some life skills that he will undoubtedly need.  For your child you would need to adapt the steps to suit them, and their age.  But the ideas would be very much the same.

1) Add in a Playdate each week (Area to strengthen: friendships)

I’d not done this before because I thought he would be too tired.  I started with old friends to consolidate what he already had, and then went for new friends.  I also tried to make sure I went to as many of the Mum coffee mornings as I could, although thats a little tricky with work.

2) Talked to School (Area to strengthen: trust in authority and sense of safety)

Now if you read my posts on Bullying, you will see that I have a unique perspective on this, so I didn’t go charging in outraged that someone had upset my poor little boy.  If you go into school, I strongly advise that at first you take a consillatory tack.  We agreed that there was a problem and  in fact the teacher also agreed with me that the extent of the problem was such that it was possible that Curly Headed Boy would have to look for a new school as the environment just wasn’t working for him.

We realised that he needed more praise in school because they were taking it for granted that he could do certain things.  Plus I found out that the reason he was finding it difficult was because he was sitting with the bright children; so all I had to do was explain to him that he had a ‘right’ to be there, as he is bright too.  (It might seem daft, but although I knew he was ‘bright’ I wasn’t convinced that he was academically bright before).

3) More Praise at home (Area to strengthen: confidence, fairness and security at home)

Taking a hint from school, we upped the praise at home as well, and tried to reduce the telling off.  Sometimes this requires us to be interactive and see a problem off before it starts, sometimes hold our tongue.  It does make life a hell of a lot more pleasant for everyone involved if you are focussing on praising a child, rather than telling them off lots.  We’d lost sight of the fact that Little Dimples gets praised for pooing, so we needed to keep the praise balanced across the two of them.

We had several little chats when he was in the mood about the kids that were bossing him around and intimidating him.  Ironically, he told me off at this point, because apparently my ideas for what to say were a bit harsh!  The problem was that he was showing that he was upset by what they said, so of course they were going to keep at it.  He needed to learn some simple things to say that stopped the conversations immediately, rather than keep going with them.  He very much took control of this part and came up with his own options.

5) Talking about view of the world (Area to strengthen: feeling popular)

We had a long talk about the fact that things were not as black and white as he was seeing them.  There is no way that ‘all’ the kids were saying the unfriendly things, but because he was focussing on them he was missing out on opportunities to play with or be with kids who suited him better.  So I got him to look around more and find who was either not involved in the intimidation or who didn’t agree with it.

I decided that he needed something to encourage him back to school and as a bit of a security blanket when on the way or at school.  He loves monkeys, and has a close affinity with them (being a massive climber and cheeky with it), so we bought him a monkey for the car and a monkey key ring to go to school with him.  Despite it being a strict school we seemed to manage the key ring with no problem.  It’s very surprising how well this worked; I think it gave a sense of consistency.  They are still there, but he hardly ever ‘needs’ them now.

7) Classes outside of school (Area to strengthen: confidence)

To give him confidence at school I wanted to focus him on what he was good at.  I was planning on just adding one class in case he was too tired, but circumstances meant that we picked gymnastics (he is very agile and it is really hard work, so it uses up a lot of excess energy) and swimming (something that we are now also doing each weekend for special time as a family).  These have worked brilliantly, and he actually seems to have more energy, despite the hectic schedule which I sometimes find exhausting!

Well, I’m happy to say that I have created a monster, who has just come first at one of the subjects in his class, has beans in his pants and can’t sit still, and actually likes school.

This is one of those things that needs to have a permanent eye kept on it, I’m sure that there will be more problems along the way.  But for the time being, there is a rest period, phew!

I’d love your comments on what you have tried in the past, or if you have any questions about your own children.  Plus you might want to check out my posts about bullying if you have more complex issues.

I help Mums (and me!) to enjoy being a Mum more with my books, blog, facebook groups, online courses and my Salon and Spa.

If you'd like to connect with me on facebook, please like my page and set notifications to first if you don't want to miss any posts:
https://www.facebook.com/mummywhisperer

Check out my book '6 Steps to a sparkling you', which helps you to regain control of your life and bring back the joy, whatever limitations you have on your energy and resources:
https://mummywhispererblog.com/get-sparkling/

I also do 1to1's, Online group courses and online mastermind/support groups that can give you much more support:
https://mummywhispererblog.com/coaching-courses/

In 2013 I opened a Hair & Beauty Salon and Spa called Espiritu in Radlett Hertfordshire. If you would like more information please click here: Http://EspirituSalonAndSpa.com

Find me on Google+