It has been officially announced this week that I am a Yummy Mummy!  And the source and reason means that you are too ;o)

I’ve never had a problem with the title ‘Yummy Mummy’, it’s just that looking around me in St Albans, I never classed myself as such, because there’s a hell of a lot yummier around!  I was a bit in awe of how they managed it, but not worried about not getting there myself.

Then when Curly Headed Boy started going to nursery in a place called Radlett nearby, I met the true Yummy Mummies, which was initially very scary and intimidating.  But it’s OK, I can forgive them for being Yummy, as they have become fab friends and very forgiving of my not quite making it in the Yummy Stakes.

However, that all changed this week as Curly Headed Boy has officially announced that I am Yummy!

Because ‘does yummy rhyme with Mummy?’, ‘Yes’, ‘well then you are definitely Yummy Mummy’!!  So there is it, because Yummy rhymes with Mummy, I am now officially dubbed yummy by my 5yr old son!

This also means that you are yummy too!

He maybe a little biased I admit, but even though he is now 5, he still thinks I’m gorgeous naked.  In fact I think he will be strongly disappointed when I get my act together and lose the cuddly bits.

So, in lieu of me being officially yummy, I now pass on the title of yummy to you too.  Go out there and embrace your yumminess, because there are always people who think you are yummy, you just need to hear them.  Grab a little lip gloss, and a tinted moisturiser and be girly for a week!

MummyWhisperer feeling attractive even when not so yummy Yummy Mummy 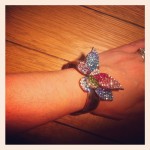 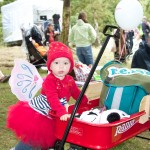