This is the face of illness ……

It doesn’t look particularly ill does it?

Honestly I don’t mind.  If I looked like I felt, it would be pretty catastrophic, and at least I don’t have that to worry about.  I don’t need lots of sympathy all the time either.  Although, I suppose it might be a helpful reminder to people that I’m not up to scratch.

I also have a big habit of ‘putting a good face on’ – one of my weaknesses/strengths who knows!

To those who know me well, there are dark rings under my eyes, a slight tightness to them due to the pain, I look a bit drawn, and my skin on my hands and feet is a mess – no sores or injuries are healing.  (Good news though, the hair on my legs isn’t growing either, so no need to shave – result!).

So what’s the matter?  Some form of Fibromyalgia flare up, brought on by a shock at work last summer, a years worth of stress, a lot of changes at Espiritu, a significant shock and concern over one of my children, and over work.  Apparently I then got an ear infection at the end of June and my whole body went haywire.  It’s the worst ‘flare’ I’ve ever had, with totally different symptoms from what I’m used to.

I knew I’d worked too hard.  So as soon as the project was finished, I took some time out and had a pamper at work.  But it was too late.  It started with feeling really tired for a couple of days – the kind of tired when there is nothing left in the tank.  Then I had some pain in my upper back.  Then it went into my head, down my arms and 111 had me rushing off to hospital with a suspected heart attack/stroke (I was shitting myself).  I was bedridden for 3 weeks, half of that pretty comatose.  The rest of the time I was in so much pain I couldn’t lift my head off the mattress.

I haven’t been able to wear Jeans all summer – that would hurt too much on my skin.  It’s either maxi-skirts, or leggings; thank goodness for the Big Hairy Northern one’s new business Wildbangarang – at least the leggings weren’t boring!  I can’t wear a watch or my normal heavy, sparkly jewellery because it would hurt too much (not a big deal I know, but it’s like a part of me has gone).  There are days when a bra is a big no no.  Glasses can be really heavy too – so for the first couple of months I was very limited as to how long I could wear mine.  I couldn’t even hold a phone to use Facebook – tragedy!

It’s amazing the difference between lying flat, lying leaning on a pillow, sitting with your legs up, sitting, standing and walking – I never understood that there was such a difference in how much energy it takes to do these things.  I love the ‘Spoon Theory‘ as a description of how forward thinking us Fibro-Peeps have to be – but seriously, to have to consider how long I can sit/stand is bizarre!

Did you know it’s tiring to watch TV or a film?  Although less tiring than Facebook, which I had a good break from.  And reading – wow it was a big day when I was well enough to read a book!
The Dr’s have been pretty pants tbh.  Eventually I was persuaded to go back on some pills (a light Nortriptyline dose, as I hated Amytriptyline last time) to give me a deeper level of sleep.  But when I went back for help, they just want me to wait to see the specialist.  In November.  Thanks for that – I couldn’t work, play with my kids or do anything.

The best help I had was from Teejay and Susan at Applied Pilates.  Teejay did some Osteolates on me and explained that I had some form of physical post-traumatic stress reaction.  Basically my body had shut down, there was no circulation in it, and the cells just had no energy whatsoever.  The remedy – no stress (slightly tricky as a new business owner!), lots of rest, and gentle sessions with himself or my girls at work to try to get the circulation and lymph system going.  It was a big relief to talk to someone who had so much experience of these sorts of weird physical reactions.  I think that what we always need is a plan – some form of hope is the first step to getting better.  Susan has been a constant source of support every week in the Pilates classes (using Stott Pilates machines, not mat work).  I’m not really ‘doing Pilates’, I’m just going through the motions to keep my body moving – it’s been more being there that has helped.

Most of the summer holidays was a massive juggle – rather than the normal holiday juggle of mine and the hairy one’s work, we also had to fit in my resting, or find things I could do with the kids whilst horizontal.  I am getting better.  But it is slow.  Oh so bloody slow – I’m not the most patient person in the world 😉

But it’s not all bad news:

It’s was a very busy 6 months at Espiritu, but we achieved a mammoth load of change, and it is definitely on the right track now.  It wasn’t a bad thing for us to have a quiet 3 months with little change.  It’s definitely taught me how to slow down and plan ahead to make the changes more manageable in future.

The girls have been incredible.  To be able to be sick for this period of time and only manage a couple of hours a week is amazing.  I can’t thank them enough.  If it had been last year, we just wouldn’t have survived.  I know that I’m really, really lucky to have a team like them behind me.

Every now and again I do something a bit daft, that I know I’m not really up to, but feel that if I can’t then what’s the point.  So we had a couple of trips into London to see some shows.  I pay for these moments of madness, but do love the memories they give.

We had a lovely week in Cornwall thanks to my brothers cabin, which was wonderful – can’t beat a British beach – and I’m sure that all the sea air through the sinuses and freezing cold sea (it’s good for pain) really helped.  I can’t wait to go back there next year!

Curly Headed Boy initially reacted pretty badly – it had been a tough 6 months with me working loads, and he was there when 111 told me to go to hospital.  He got scared.  He got angry.  He wasn’t really pleasant.  But over time he has calmed, and we have spent much more time together.  He has learnt to not be quite as scared of weakness, and we have had some much needed chats and cuddles.  Although there are some things coming up this year that he is worried about, I feel that we are on a much even keel; cross fingers.

Little Dimples is still a little spooked by it all and clingy at times.  Also angry at times.  And being only 5, she isn’t managing to process it as easily as CHB.  So she is my next focus.  But she has learnt to cycle without her stabilisers, yay!

I don’t have the excruciating pain any more.  I can manage a couple of hours at work, and am OK in meetings now, as they are sitting down.  I’m not good at standing up – I still get pressure in my head, neck, shoulders and arms, and I feel generally ‘wrong’.  I’ve got constant heart palpitations, but apparently it’s not dangerous.  My brain isn’t working quite right, but my sleep has improved.  And I get tired real fast.  There are not a lot of spoons left in my drawer!

And I have a plan ……  I’ll tell you more about it over the next couple of weeks.

I’ll try to keep my blog posts short and sweet, so that they don’t overload me.  But writing is an important ‘coming back to me’ thing and if the ideas I’m trying work, then it’s important I share them.  Sadly I’ve had to step down from my Radio Verulam gig though – it’s just not possible at the moment.  It kept me posting through these last 2 years, and I loved every minute of it.

10 thoughts on “The face of silent illnesses” 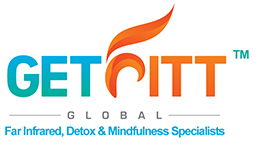 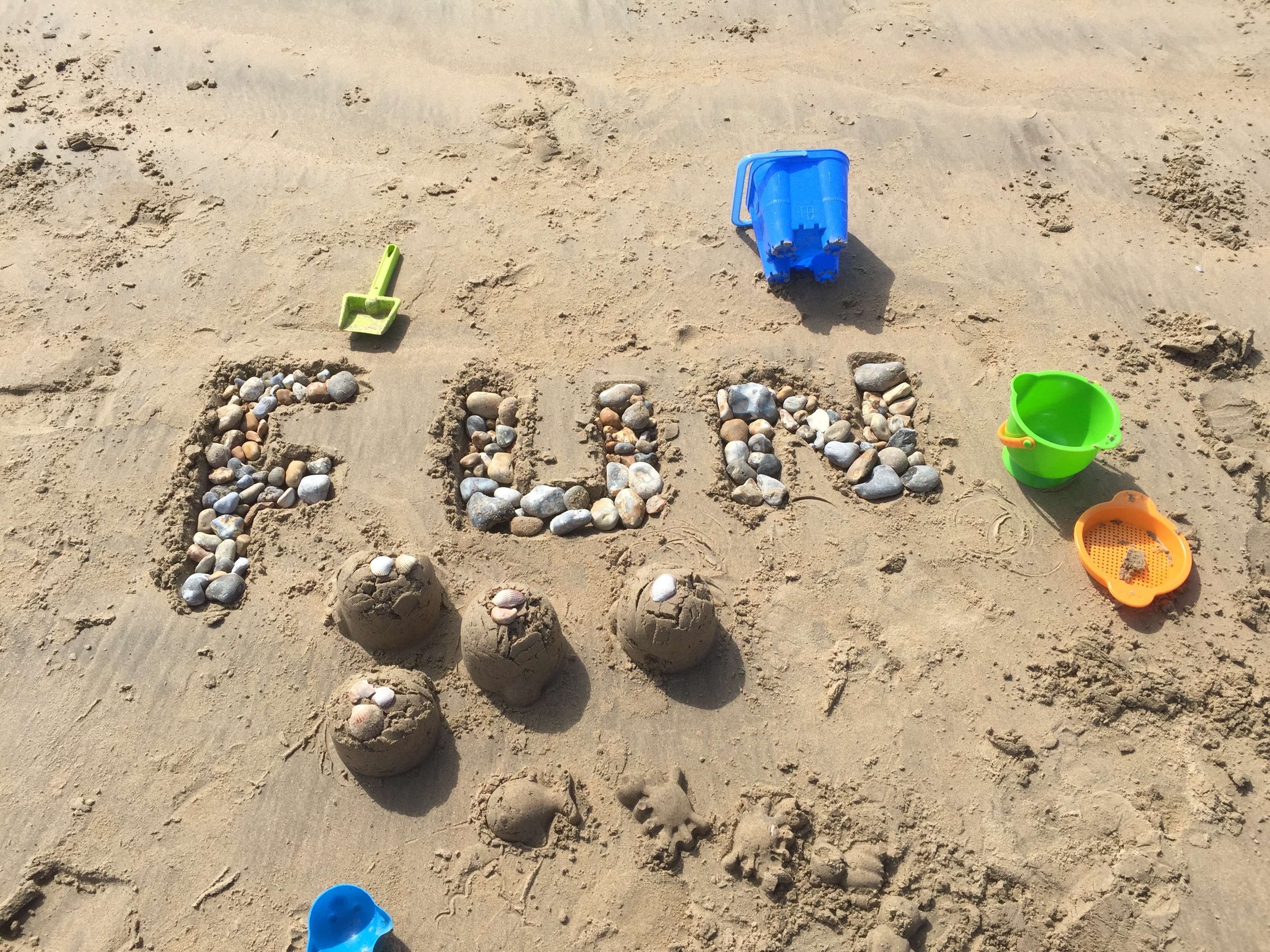 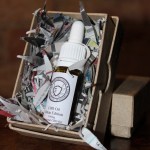 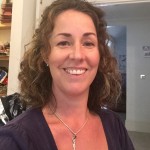