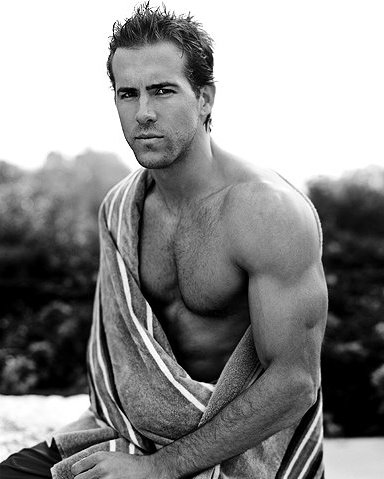 I’m sure that if there was a 100% answer to this it would be worth millions, especially if it was just from a touch of the button, or from buying a gadget!

I’ve been reading up a lot recently about sex, it must be my mid-life crisis, just about to turn 42 thing!  It started with me finding a fascinating blog called ‘Married Men Sex Life‘ and having a few chats with it’s writer Athol Kay, and then reading his book.  I warn you, as a woman, and an independent type at that, it was a little shocking.  But I had to admit that a pile of what he said made a lot of sense, even if it meant that I rather uncomfortably realised that as a woman what turned me on was maybe a bit of a cliche.  The big northern grumpy one has read it too, and agrees with me that it’s a really good book.

I answered a question from Athol in my question corner for one of his readers, who was struggling even after Athol’s advice to improve his sex life with his wife, and I wrote a blog post about how to get more sex from your wife.

My post was all about knowing your wife, and what she enjoys; maybe presents, or talking, or compliments, or physical touch, or doing things for her.  But I’m beginning to think that maybe it’s a lot simpler than that, and that my post was more about how to get warm and cuddly sex from your wife (what Athol calls ‘love bond’).  But it wasn’t tackling the more ancient ‘Me man, you woman, we go well together so lets just do it’ kind of sex (Athol calls ‘lust/dopamine) and the attraction of a man with the traits of an Alpha male.

I suspect that what I wrote about, makes us feel more open to our men, and therefore that can lead to sex, because it means that we feel close and loved by them.  But I’m not sure that it actually makes them sexy.

In the daily mail a couple of days ago there was an article suggesting that equality has destroyed people’s sex lives, and I think that there is some truth in that.  We might be independent women, who want equality in our relationships and at work, but I suspect that a massively high percentage of us are still biologically programmed to react to the ‘Alpha’ male, i.e. the one who is confident enough to grab us, kiss us, and drag us off to bed.  (No, I’m not talking about any situation where it is obviously against our wishes).

So it is probably true that there are confusing signals out there for men, because in order to survive a busy modern life, we do need someone who keeps us safe, and we also like respect and equality (This is what Athol calls the Beta traits); however, our bodies are still hormonally programmed to react to the more basic need of a strong man for him to press the ‘sexy’ button in us.

Anyone who is in control in one place is going to want to be out of control somewhere else, I bet the majority of the guys who become ‘submissives’ in S&M are actually major big wigs at work.  No one is the boss everywhere, not even a control freak.  So it makes sense that as Mums who have to be so on the ball to keep life, the kids, work, housework, and all the chaos around us under control, that we would want a time where we aren’t in the driving seat.  With the added juggling that modern life demands of a Mum, maybe we need even more to feel that there is a time in our weeks when we don’t have to be the responsible one, or the one in control, or the boss.

At the same time, there is what Abraham Maslow called the ‘hierarchy of needs‘; which is a basic set of human needs that are important for us to feel that we are safe and secure and can focus on more than just survival.  Mums tend to be worried about lack of time, money and energy.  So if their husband does something that makes their energy levels worse, takes more time, or affects the financial security of the house, and they are going to be unimpressed with him.  Rather than making a man sexy or not sexy, this is really just about whether we want to be around him at all.

So I reckon that there are 3 levels to making a man more sexy to a woman, and a sensible man will mix and match them all at different times …

1) Looking after her basic needs; so that she is sure the family is safe and sound

Make sure she has some energy!  If she is exhausted or got PMT, then you need to look at what is most missing in her life and either help her with it or not make it worse.

This is normally lack of time, money or sleep and repetition of boring household chores that knackers her out.  (BTW, incase a really stupid man reads this I should point out, many women don’t want sex for weeks/months after just having a baby depending on the damage and sleep deprivation; nothing is going to fix that!).

2) Make her feel warm and cuddly; so she knows you love her

Make sure she feels loved, check out my post for how to find her ‘love button‘ and not miss opportunities.

You will need to spend a few hours working out what your wife loves, and then have to keep an eye on it incase her interests change, but it’s worth it for more sex right?

3) Remember, she’s a woman; and what she wants in the bedroom is a man

It’s a cliche, but there must be something in it, as it’s the standard recipe in every single Mills and Boon romance.  So remember that she’s a woman, who wants a big strong man to throw her over his shoulder, not a friend.

You just have to fake it until you make it.  Pretend to be confident.  Pretend you know what you are doing.  And go and read Athol’s book, it’s worth it!  (most importantly, read about the 10 second kiss!).

What do you think makes a man sexy, I would love to know?

p.s. hope you like the photo of ryan reynolds; I started with wolverine, but wordpress wanted to cut his head off, and it is a very pretty head ;o)