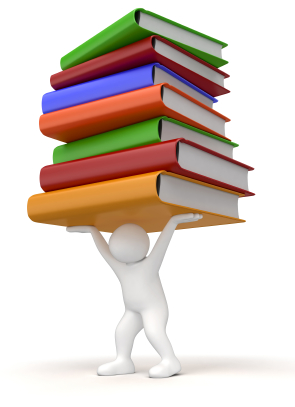 “I’ve been to music festivals with the kids, maybe I should take the kids” I thought?

Then they invited me, wicked!!  So I’m going to be able to tell you about it, but I’m also really hoping to convince lots of local people to come along too.

Children’s authors tend to be really funny and really cool, and they get the kids excited in ways that we as ‘boring parents’ can’t possibly do.

I know this because Bowmansgreen where Curly Headed Boy goes to school invited Timothy Knapman for World Book Day, he inspired CHB and SIGNED A BOOK for him and since then CHB has moved up from those skinny books you get at school to proper ‘take a few days to read‘ books.

Books are my escape, my rest, my rejuvenation, my sanity creator in a world of chaos.

But let me show you by introducing Jonathan Meres to you, the creator of ‘The World of Norm’.  He’s one of the authors who will be at Hoo Book Fest, along with a tent for Roald Dahl, Beast Quest and the Famous Five, plus an illustrators tent, and creative writing tent.

Read to the bottom because there is a COMPETITION where you could win tickets to the festival!!!

David Melling on Being a Mummy on Thurs 28th March.

My name is Jonathan Meres.  I write books and stuff and I can honestly say that I’m really looking forward to being part of this year’s Hoo’s Kids Book Festival. Bet you think I say that about every festival or event I’m invited to, don’t you? Go on, admit it.  You do, I know you do.  I’d probably think exactly the same thing myself if I was reading this.

Well you shouldn’t be so cynical.  OK, fair enough – so even if I wasn’t looking forward to it, I wouldn’t be so insensitive as to actually say so.  I’m not stupid.  I’d probably come out with some waffly non-specific guff about the festival’s growing reputation and the chance to meet some new readers and blah blah whatever.  But the truth, the whole truth and nothing but the truth is that I’m genuinely looking forward to it.  And I’ll tell you why.

Firstly, I’ve never really been to Luton.  I’ve passed through it countless times – either on the train to and from London when I was growing up in The East Midlands – or nowadays when I fly down from Edinburgh.  Not to mention skimming past numerous times on the M1.  But passing through somewhere isn’t the same as actually going there.

When I left school and joined the merchant navy, I went to many different ports in many different countries all around the world.  The list of places I’ve set foot in is admittedly impressive.  Well, if you’re impressed by that kind of thing it is anyway.  The list of places I’ve actually been to, however – as in really visited and got to see – is considerably less impressive.  Technically I’ve been to Rio De Janeiro.  But I haven’t really seen Rio De Janeiro, other than the dockside.  I don’t intend to make the same mistake in Luton.  And yes, I know there isn’t a dockside in Luton, but that’s not the point.  The point is, I don’t want to look back on Luton in years to come with the same feeling of intense regret as I look back on Rio now.  And there’s a sentence I was never expecting to write.

Now at the time of writing I haven’t looked online to try and find any actual images.  I may be way off the mark.  Maybe it’s not that magical, or special at all.  Maybe it’s just a common or garden garden.  With a common or garden garden wall around it.  But somehow I doubt it.  So I’m going to spend the next month building it up and up in my head.  And right now, Hoo’s Walled Garden feels like the perfect location for a children’s book festival.  And frankly, if there isn’t a cantankerous old Scottish gardener waging an ultimately futile one-man war against the rabbits when I get there?  There’ll be trouble.

Win 1 family ticket (4 tickets minimum one adult) to Hoo Bookfest by adding a comment to say which event your children would love most.

The competition ends on Sunday 31st March at midnight.

UPDATE: Isabel Thomas you are the winner!!!

We have 1 family ticket (4 tickets minimum one adult) to give away and the lucky winner will be chosen at random.

This giveaway closes on Sunday March 31st at midnight and the winner will be notified by email.

Make sure your email is correct in the comment that you add, otherwise we will not be able to contact you to send tickets.

– Within 7 days of notification the winner(s) is required to email confirmation of acceptance of the prize to Mummy Whisperer, along with a postal address in the United Kingdom to which the prize can be sent.  If the winner doesn’t provide such confirmation their entry will be disqualified and an alternative winner will be chosen.

-The prize cannot be transferred and no cash alternative is available.

-The decision of Lisa Pearson will be final and no correspondence will be entered into.

Disclosure: I’ve been given a family ticket to the festival and this ticket for a competition for my readers.  But I was excited about it beforehand, so it hasn’t affected my opinion.