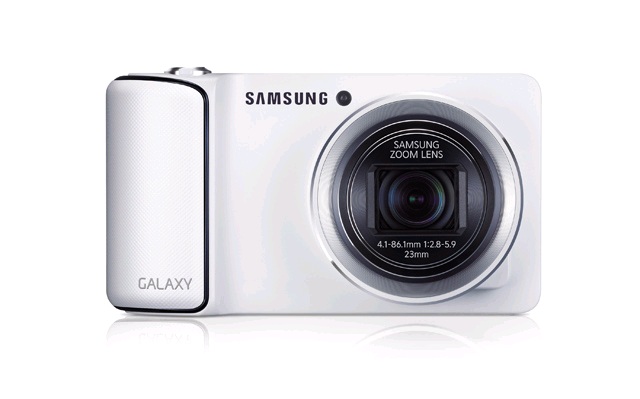 We have a big first here ladies and gents.

A few weeks ago I was contacted by Samsung to see if I would like to go and review the Samsung Galaxy camera in Berlin with about 50 other bloggers.  Now I’m having a bit of a rest at the moment, plus Little Dimples isn’t quite up to Mummy going away for that long yet (potentially neither am I).

However, the Big Hairy Northern One (BNHO) is a HUGE lover of camera’s, and knows a tonne more than I do, so when I suggested he go in my place, Samsung wisely took the opportunity to take someone who actually knew a thing of two.

So without further ado may I introduce to you the Big Hairy Northern One!

Hairy Northern One here back from my recent escapades in Berlin as the roving reporter for the Mummy Whisperer.  There is have a review of the Camera from a technical perspective over on Daddycraft but how does the camera function for a Mummy?

Q. How quickly does it start up (I miss lots of video and photo opportunities because my phone takes so long to switch).

Once initially started the camera is ready to shoot in a second, so not as fast as an iPhone but a great deal quicker than a DSLR. It takes a second or so for the lens to initialise but providing the camera is left in standby mode, it’s quite snappy. Zooming the 21x picture is very quick making it very useful at snapping that not so near action.

Update from MW: My iPhone is older than the BHNO, so the speed is actually about the same

Q. Would the photos be better quality than on my iPhone 4?

Yes, significantly, the images are twice the size of the iPhone 5. That’s a load more detail making a great picture.

Q. How would it manage in a dark room to video school assemblies or take photos?

I believe very well indeed, there are a few specific modes designed specifically to make use of low lights, these are quickly selected using the MODE button on the back screen and take all the guesswork out of getting the shots. Plus there is a manual mode that gives you full control of both Aperture down to 2.8 (the lower the number the more light enters the camera, so dark room, need a low number) and ISO (higher numbers read light quicker, but do produce speckles on the images, called noise,  the higher you go)

Update from MW: what he means is there is a thingy you can choose to make it work in a dark room

Q. Is it easy to sort out that ‘red eye’ thing?

Drink less, eyes will be fine in the morning.  Oh sorry the picture red-eye. Yes. On camera capability along with less likelyhood in the first place. There is also the ability to remove red-eye and do some quite useful post production editing… Not quite photoshop but really gives you some creative options to make your shots stand out.

Update from MW: Ha Ha, chance would be a fine thing!

A. Never ask anyone aspiring to be a photographer if an internal flash works well… This one works better than most, it has good range and will bring out the details in very low light. As with all built in straight on flashes it will create very ‘flat’ pictures if the subject is too close, or nothing at all if its too far away.

Q. Does it have 100’s of really confusing settings I will never use?

Yep, but also a handful of very accessible ones you will use constantly.  As you get more adventurous you may go looking for the more confusing ones.  The confusing ones are safely tucked in under a few layers of menus. Note: don’t let hairy northern one use the camera without returning the settings to auto… Or you may get slow I video instead of speedy action at the sink.

Update from MW: Yes, the BHNO got shouted at for fiddling with what has quickly become MY camera!  No the settings are pretty easy to understand and select.

Q. How far away can it take photos?  (I have lots of photos of dots, that looked perfectly big enough through the viewer!).

It has a 21x optical zoom… That’s 21x more than the iPhone 😉 this image may help. Or to put it another way more than twice the zoom I have with that really big lens on my Canon!

Update from MW: Now you understand that the BHNO and I speak very different languages!  What he means is, ‘Yes you should be able to take a much better picture of the kids at the other end of the garden about 30ft away than you used to be able to’.

Q. How does it do with photo’s inside?

Superb, especially in auto mode. There are so many trade-offs shooting indoors due to lack of light and often the speed of movement of the little folk.  The Auto mode appears to have hit good compromises in the shots so far, impressive.

Q. Does it look really breakable?

It’s not light, but feels well built. Little Dinples proof… I doubt it. It  is sturdy, which helps when you are holding it. LD has messed around with it and even in her tiny paws she held it well.

Q. Will it fit in my handbag, or will I need a bigger bag (shopping opportunity?)

It will fit fine in any handbag, possibly even a clutch. However recognising the seriousness of the question, I would suggest acquiring some new examples of varying types to be sure.

Update from MW: Probably not quite handbagable unless I remove significant important things like Filofaxes that keep me having a vague clue about life.

Easier than I could possibly have thought, it’s on screen, click and go… Once you have ‘connected’ the device to your social media empire it’s a simple click. A feature I haven’t yet figured out is how to share to multiple places at the same time yet…

Update from MW: My biggest peeve was that it took so long to set up and I HAD to add a google plus account in order to connect to facebook and twitter.  That’s just ridiculous in my view.  I have a big problem with the fact that by mistake I ended up with 2 google accounts and I can’t combine them together, which is making my OCD, fibro-fogged brain very unhappy and often causes mistakes when I log into the wrong one.  Because of this camera I had to bite the bullet and actually create a google+ profile and I wasn’t pleased about it.

Q. How do I get the photos on my computer (I presume it wont use the iCloud?)

The camera can be taught to auto drop everything into a DropBox or Google+ and auto syncs. The DropBox is already on your Mac so the images show up immediately.

So there you go. This is a true bloggers camera. Taking pictures that pass the quality test for just keeping memories  and also spicing up your blogs. I would say JellyBean aside (which works well here) it’s a great camera for you… That I can borrow occasionally 😉

And back to me.  Thanks big Hairy Northern One!

So my quick review of it is:

I expected to say ‘hmm that’s nice, but I have a phone camera, so lets be sensible and put it on eBay’ as it’s worth £399 new.

In fact within a very short period of time I was saying ‘oooohhh that’s a good picture’ and thinking it was definitely my new toy.  The pictures are SO MUCH BETTER, and it’s SO EASY TO TAKE them, that as a Mum I can’t resist the idea of having better pictures of my kids.

Plus it can do slow-motion video; how cool is that!  Just imagine, slo-mo of the kids doing their silly stuff.  I’m going to have so much fun with this, I’m like a kid in a candy shop.

The other funky feature which is great for anyone wanting to shoot family shots or groups of kids, is that there is a mode where you can shoot a pile of photos and then swap the heads around.  Perfect.  So when Grandpa happens to only open his eyes on the shot when one of the kids is sticking their tongue out, you can combine heads from two photos.

The photo’s are FAB, much better than my camera, so I’m now officially a big fan.

Here is a comparison to give you an idea.  Little Dimples made the BHNO buy me pink roses covered in glitter.  The photo from my iPhone doesn’t show the glitter at all and the rose is a weird purple colour.  Whereas the Samsung photo is great, it basically looks really ‘real’.

Little Dimples offered to model for you to see the difference as well:

My Instagram and blog photos are going to be so much better from now on!

Have you ended up buying a camera as well as the one on your phone?  Which one did you get?

UPDATE: If you have a problem with Google+ because your youtube account is separate from your Analytics, Feedburner or Webmaster tools, then check out this post from my mate Mediocre Mum.

Disclosure: We were given a Samsung Galaxy Camera and The Big Hairy Northern One was sent to Berlin to meet up with loads of other bloggers to celebrate their #LifesAPhoto competition.  However, our views are our own.