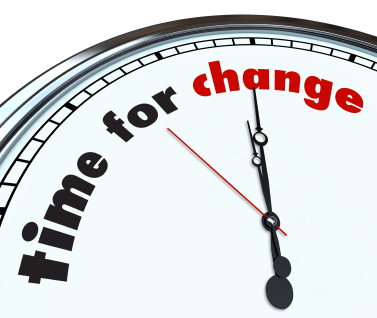 So another story about a mother, having a go at another mother, very publicly because obviously the Daily Mail loves that sort of thing.  Sally Bercow decided to slag off Kirstie Allsopp for being out of touch and middle class. So I’m going to have a rant.

For a start when are women going to understand that until we start to stand together we are going to be cutting off our noses and constantly degrading our social power?  It’s perfectly OK to have different interest and different beliefs and still stand together for goodness sake.

Apparently it is also a crime to be ‘middle class’, but I’m pretty sure that it’s been proved that ‘the middle class’ is now the majority of everyone in the UK, so that would be at least 3/4’s of the british public then Sally?

She also says that Kirstie is out of touch.  But that is totally untrue as I have learnt since becoming a ‘Mummy Blogger’, because the blogging world is full of Mums making stuff with their children.

Personally I love doing creative stuff with the kids, and I’m well aware of how important it is for their emotional and mental well being to keep their creative juices flowing somewhere other than the Wii.  But I’m totally undomesticated and have no ability to make clever craft stuff myself.  In fact my son goes to sewing school club because he said it was a good idea as I’m so hopeless!  So I’m not the type of person that you would expect to watch Kirstie’s craft program, but I LOVE IT.

It took me ages to work out why I love it, but I did.  She has passion for what she’s doing and I find it infectious.

Passion is what we need right now.  Plus in a time of financial strife, ideas on things to do that don’t cost hundreds of pounds are also a very good plan.

Now in my blogger/blagger post I got loads of responses when I said that I have a plan for Mums for  2012 to create a movement to change the way we behave towards each other, and give us more power in society.  My plan is to build on top of the wheels already in motion, not to create new ones, so I’m not looking to create a new community or forum, it’s more a ‘movement’ that connects all the existing ones together as a recognised set of shared values.

Step 1 is to start in the mummy blogger world.  The campaign needs a name, badge, and ‘manifesto’.  I have a rough plans for them all, but I’m only the ‘founder’ of this movement, I’m not planning on being the ‘boss’ of it.  So I’m going to set up a Facebook group and let anyone who is interested help out with the final choices and polishing of this step.  I’ll also share some of my other ideas for the next steps, and look for people and communities to put their hands up to be involved.

The message is going to be empowering, not about victims.  It’s about what we are aiming to create, not what we don’t want.  It’s about declaring that we are going to try our best to give other Mums the benefit of the doubt and try standing in their shoes for a moment.  It’s a reminder to us to do it when we get stressed or upset my another Mums behaviour.  We can still disagree, it’s not about mindlessly agreeing with each other, its just the method of disagreement that’s all!

So are you up for it?  If you didn’t comment on my previous post about the blogger/blagger issue to say that you were keen, pop a comment below and I’ll be in touch!!!  I’ve got loads of ideas on how to make this work, we just need Mums to get involved and decide it’s time for a change.  Come on guys, let’s make 2012 the year that we start to be the people making changes in our society!