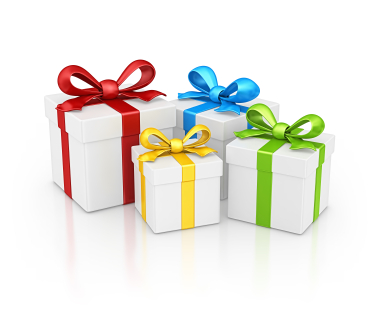 For years I have taken the attitude that the Big Hairy Northern Hubby knew something I didn’t when buying me presents, and that given time if they didn’t quite hit the spot immediately, their purpose would become clear.  Not sure that quite worked with the model of the Star Ship Enterprise, but with most things it did.  He has always been very generous and ‘its the thought that counts’ right?

Well, this year I’ve taken a difficult and much harder decision.  To take back about 80% of what I was given.  We’d agreed to not spend much on each other, and were very careful on the kids, but clearly once out shopping with the extremely eager Curly Headed Boy all restraint was off.

Normally I would probably have found someone with bigger hands for the running gloves (I have freakishly small hands).  I’d have kept the big dressing gown as a spare and gone out and bought the little short one I really wanted.  More importantly I would have waited for the purpose to come clear for the very expensive snow boots, big fluffy hat, ear muffs, gloves and matching hat.  But, I’d forgotten to mention something quite important to hubby;  I don’t have a winter coat that fits me (apart from one that would work in the arctic, but would kill me in a shop), and I was really struggling with clothes having lost 2 stone this year and needing a lot of clothes.

So I made the very difficult decision to take it back (still keeping the gorgeous PJ’s and bracelet, so it wasn’t all wrong).  I felt guilty at not buying as much as him.  When I worked out how much he’d spent I felt angry and worried about the coming months living on a budget while he looks for work.  I was furious with the snooty woman in the shop that would only give me a credit note for most of the stuff.  I was even more furious a couple of days ago when I tried to sell the credit note she gave me and found that she had taken a ‘fee’ without informing me (got to look into the legalities of that).

I’m hoping that the hairy one is OK with the change in my present keeping/giving back behaviour, because I actually feel much better about it now after a week or so (I started writing this blog post last week but didn’t get a chance to post it).

My lessons learnt are:

Did you take any presents back this year?  Where you lucky and got fab ones, or did you get some doozies?  Have you had that experience where someone has given you much more than you were expecting and you felt guilty?