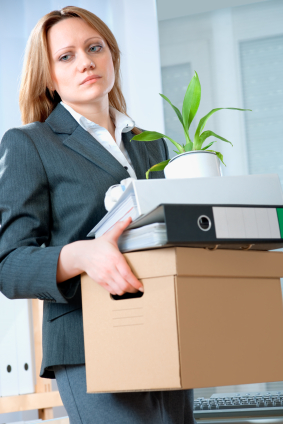 I’m not a pessimistic person, but facts are facts, and it is possible that it will take a while to get a job after a redundancy.  So it’s important to quickly work out what expenses you can cut straight away, as it will reduce stress later on.

I’ve been wondering about society’s views on what we really ‘Need’ for a few months.  Frankly I think that as a society we are spoilt and we are bringing up spoilt kids, and I don’t exclude myself from that.  I’m probably a bit old fashioned, but is Sky really a necessity or is it a luxury?

So very quickly after the big northern hairy one was made redundant I started to look around at what we could cut out:

I split them into:

It’s useful to do this, because it shows you how much you would have spent, and therefore how much longer any redundancy money can last than it might last in a normal year.  E.g. holidays, DIY, new clothes and new gadgets.

Christmas: I’ve explained to Curly Headed Boy that some more expensive presents take longer to make and therefore Father Christmas couldn’t make them and have enough time to do everyone else’s presents.  I keep reminding myself: whats the worst thing that could happen?  So he might not get everything he might like, but that’s not so bad.

COSTS TO CUT STRAIGHT AWAY

I suppose these are the luxuries that we really don’t need.  Luckily we don’t go out socially lots, don’t eat many take aways, don’t smoke, and only drink a little.  I’d already removed my fake nails.  The cleaner sacked herself.  The biggest cost for me was that my business wasn’t paying it’s way.  So my focus has been on sorting that out.  It’s easy for hubby, he’s already saving us a massive load of money without train tickets, Starbucks and lunch!  I can’t do without my Frizz Ease shampoo, but my main luxury is paraben free skin stuff and makeup, which I could do with downgrading.

A tip is to have a ‘Use up month’: Use up food at the back of the cupboards, check how many spare toiletries you have and make sure that you have used everything up before you buy something new.

I’m terrible in Boots, I don’t know what happens to me, so I’m banned from there!  Christmas decoration shops also bring out the worst in us.  I have definitely banned TV with adverts, and am sticking to Disney Junior, Cbeebies or stuff we have recorded; we don’t need to give him more ideas!

Of course the dentist hits this one, any excuse!  With Christmas coming up I’ve just delayed buying myself anything and it’s all gone on my christmas list.  I’d like to do a writing course at some point, but there’s really no problem with delaying it for a while.

As soon as you can it’s important to look through all your accounts for the past year and check out what you regularly spend money on.  There will be house, sky, telephones, car insurance/tax/mot etc.  If you don’t have clarity on your monthly/ quarterly/ yearly spends, then now is the time.  As you look at them, multiply weekly/monthly costs by 12 to see how much they cost you per year and whether they are worth it.  Make a list of priorities and what you realistically can do without.

Check out my decluttering tips, because you can actually make money on the old stuff you have hanging around as well.

If you feel panic about the idea of spending less money or cutting back, I do understand, because society has ingrained in you that you need this stuff.  So ask yourself ‘Whats the worst thing that could happen without it?’ and keep asking until you calm down.  Realistically if you can eat, and have somewhere to live, then you’ll be alright and you will have the time to turn this all around.