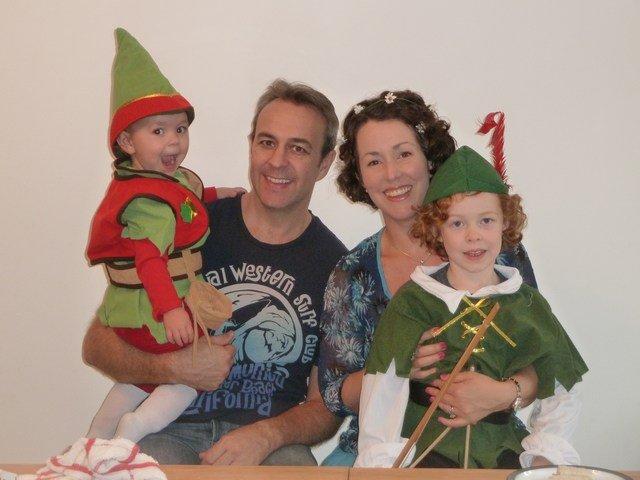 How did that happen, Curly Headed Boy is now 6 years old? (Yes, it is a rhetorical question, I kind of get that time passes, I just never knew it could be so quick and never imagined what it would be like for him to keep getting older and older!).

Would you like an idea for a really unusual birthday party for your son/daughter?  Plus a fab top for you to wear and look great without being overdressed at the party? Great ….

Apparently the degree of stress that a parent feels on the day of a party, is proportionate to the amount of fun the child has, as Curly Headed Boy announced that ‘it was the best party ever in the whole wide world’ and that ‘can we do it again next year please Mummy?’!

We took a huge risk in organising a party that was going to be predominantly outside considering it’s November and last year it was snowing by now, so that was a big worry.  Plus of course it’s been a challenging week with the Big hairy northern hubby’s company thinking that just beforeChristmas is the ideal time to make someone redundant.  But the thing is that we met the lovely Lindsey from PolkaDot Parties when she did ‘Outlaw bootcamps’ at the Just So Festival last year and it was definitely Curly Headed Boy’s favourite part of the Festival.  I cheekily sent her a Facebook message asking if she fancied doing a party down here and hey presto it was so.  Luckily considering the week I had, Lindsay did all the party bags for us, and turned up really early to help.  Then she was off, teaching them how to hide and sneak, then forage for their food (hidden in little cardboard boxes in a tree), and back inside to learn a play about Robin hood to show the parents later.  They say that when it’s windy it makes kids and dogs go a bit crazy, and that definitely seemed to be true, so after a little while back inside we decided that practicing the play outside was better, so out they went again!  The final performance was fab, Curly Headed Boy (robin hood of course) got to marry Maid Marrion and the world was set to rights.

Another tip I have for you is to have cupcakes made (there is a local Mum who made gorgeous ones for us with bows and arrows, targets and robin hood hats on them), use them as ‘the cake’ by putting candles in them, and then hand them out with the party bags.  It saves a lot of time, and is great if like Curly Headed Boy your child thinks they like cake, but are in fact really fussy and don’t like it much.  Or a cheaper option is to buy a standard flat cake and get a picture made for you to go on top, I’m sure many supermarkets will do it for you.

In the meantime, it really wasn’t as stressful as it sounds, although organising parties when Little Dimples is around and escaping can be a little problematic.  The in-laws and sister-in-law had kindly come down for a visit and helped out loads; we had the boxes to assemble and jam/cheese sandwiches to make, plus carrots and grapes to cut and balloons to blow up, then banners to put up and late families to direct (I’m suspecting they might not be so keen next year!).

At least I was dressed in the perfect top for an Outlaw party, as it’s a little bohemian.  It can be a bit tricky to look like you made an effort, but not look over the top at things like a children’s party or coffee morning for school mums, and I think that this top from Joe Browns is the perfect option (big thank you to them for not thinking I was a cheeky blaggerwhen I asked for some clothes!).

The colours are lovely, and I felt really pretty in it.  It was my second wear, as I wanted to see how it washed, and the great news for a non-domestic goddess like me is definitely no ironing required!

Plus, it’s the perfect top for breast-feeding in as well as Little Dimples is what they call ‘an extended breast feeder’ and I’m really not keen on breast-feeding tops, which seem to me to be either too expensive or too drab.

Make sure you keep your eye on my blog next week as I’m going to be having a competition for this gorgeous Joe Browns coat worth £89.95.

(If you don’t know how blogs work, check out this page on how to not miss a thing).