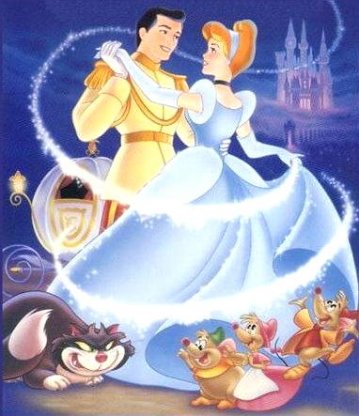 This post is being written as part of the blog prompt for #DoSomethingYummy  from Typecast which is the campaign for CLIC Sargent Charity for children with cancer.  I’ve picked the prompt ‘What kind of family did you grow up in? ‘

I did some research into CLIC and found this info on their site ….. As the UK’s leading children’s cancer charity, CLIC Sargent is the only organisation to offer them all round care and support. That’s because we’re there every step of the way:  During treatment – providing specialist nurses, play specialists, Homes from Home  In hospital & at home – offering specialist social care and support in the community – services for young people, holidays, grants  After treatment – helping survivors, supporting those bereaved

I have what I call a ‘juicy’ family history.  Ironically, it’s not some of the more difficult or shocking things that happened in my past that causes me trouble sometimes; I’ve been there, dealt with most of them and forgotten more than I can remember.  No, at the moment I’ve realised that I’m still haunted by the ‘Cinderella complex’.  I was reminded of it when I read Claire Macnaughton’s post.

I’m writing about it as a warning to all Mums of young daughters, who like Little Dimples, might like watching Snow White or any of the other hundreds of disney films available.

So cut to my teenage; ailing elderly parents,and many an afternoon watching subtly brainwashing black and white movies to make sure I stayed chaste and ‘saved myself’ for ‘the one’.  This was a very clever move on behalf of my mother, who was never going to do ‘the talk’ with me.

I was a thorough romantic and loved any type of romantic film.  But it birthed a belief in me that there would be ‘ONE’ person that I could rely on for ever and for everything, who would be totally and persistently reliable.  This belief has haunted me ever since in many different formats, and I’m still trying to shake it.  It is a truly dangerous believe, because it is totally impossible for it to be true and I’d held it as a basic fabric of my existence.

The truth is that everyone is reliable, if you understand them well enough to be able to predict their behaviour.  However, they won’t always be able to be there for you, do what you want them to do or want to be there for you.  Plus if you don’t know them deeply it can appear that they are very unpredictable.  Problem is; no one told me that.

At about 20 I suddenly realised that my mother (nick named the ‘wicked witch of the west’) wasn’t that all encompassing ‘would love me whatever I did’ person and quickly put the crown of responsibility on the big hairy northern husband’s head.  We are obviously still together 23yrs later, but that crown well and truly fell off.  I didn’t mind the crown falling off his head, but my problem was that I realised that no one else was going to pick it up.  It broke my heart and made me question the worth of the world for a scary while.

I thought I’d cracked it, but I actually replaced it with therapy; specifically the very complicated one that I’ve trained in.  This let me down as a Mum, as it was totally impractical in the life of a mum.  You can see where I was motivated to create the ‘Mummy Whisperer’ from now can’t you ; to create that reliable presence on the internet or in a book that a Mum could just pick up whenever she needed it?

I thought I had cracked it again.  But in my recent tiredness, I realised that I had sneakily replaced it with a slightly different belief; that I could be sure of what I was getting from people I paid.  Hence I employed a cleaner, and little old irish granny and would often choose to throw money at a problem, whether it was needing some energy (reflexology) or getting some DIY done.

It’s not so dangerous a belief any more, just uncomfortable to discover with hubby being made redundant, so a lot of the support systems I had built up are no longer there.  I’m tired.

Time to look for a new option maybe?  Or time to break the myth so that it doesn’t cause me trouble any more?  I know that there are predictable things in the world, but none of them are sufficient for me; even the weather seems unreliable now a days!  Perhaps I should look at why I wouldn’t want one reliable source of support; it would actually be very suffocating after all?

In the meantime, I don’t think that ‘Twilight’, ‘Disney’ or ‘Gone with the wind’ have ruined my life.  But as a Mum of a little girl, I plan to just whisper a few realities in her ear so that she doesn’t grow up to face the harsh lessons that I did.  It’s a fine balance between allowing her to see and feel the magic in the world, but also have two feet grounded on the realities of the world.

Isn’t it ironic that what seemed like one of the easiest parts of my childhood has actually caused one of the biggest problems?

Have you found that some of the best times of your childhood have made your adulthood difficult?

Did you fall for the Cinderella complex?  Does it affect what you let your children watch?

I’d love to know what you think.