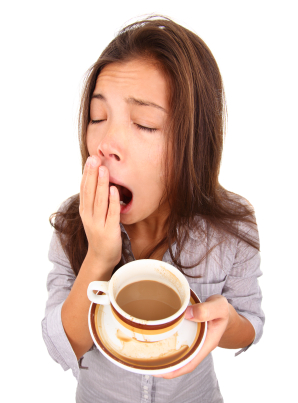 However, there were a few differences between me and the others, and I eventually had to realise that there was no way in hell that I could ‘keep up’ with them.  It’s partially because I’m older, don’t drink much normally, my babies haven’t enjoyed sleeping much, I chose to co-sleep and because I don’t have a good relationship with alcohol (maybe too much at one point in my youth).  If I actually drank to the point of getting drunk, it would mean probably two weeks of feeling rough, and I decided I just couldn’t afford it.

Saying that, I’m a big fan of Mums getting together and drinking a glass of wine rather than coffee, because my observations of coffee mornings is that they are full of people with gritted teeth saying slightly manically ‘Of course, I’m fine’; whereas after a glass or two the story would be very different.

Life has moved on, and us crescent Mums hardly ever manage to get together, now it’s probably once every 6 months in an evening instead of the afternoon, and they have to be a little understanding of Little Dimples being along with me as she feeds lots in the evening.  So this week when I did have the chance to get together with Curly Headed Boy’s best-friend and his Mum, I admit to having a couple of glasses of bubbles; bubbles tend to cause me less of a hangover than plain wine, that’s my excuse and I’m sticking to it!  It was chaos as always, two boys and a baby covered head to toe in sand by the end who had to be both showered and thrown in the bath!  That night I got a rubbish night’s sleep from Little Dimples; she’s had a summer cold, plus eye teeth coming through; argggh, so I woke up with a washing machine stomach and feeling pretty rubbish.

In the morning I sent a tweet saying ‘The great thing about playdates with neighbours is the wine, the bad thing is the next day after too much wine (I’m a wimp!)’, and I got pulled up by a concerned Mum who felt that I should wait until the evening incase there was an emergency.  Now the problem with a tweet is that it never gives the full story, so now I’ve explained, that a) I’m a wimp and get a hangover even if not drunk b) it’s safer for me to drink during the day than evening due to co-sleeping.  But I suppose the question is, should I drink at all?  Plus, should I be more careful of my tweets giving the wrong impression?

No, I agree with the Mum actually, if I was perfect and it was a perfect world I wouldn’t drink ever until Little Dimples is out of my bed and I can drink at night.  This would be my 6th year totally teetotal though.  I don’t drink much, in fact I’m talking months without alcohol easily.  I suppose ironically I would handle my drink better if I drank more often.  But my parents were alcoholics, so although I think it’s Ok for other people to drink every night, I don’t think it is OK for me to drink at night.

So my solution is: when I drink to stick to bubbles and not mix, have a can of Purdeys available the next day plus a ham sandwich and packet of crisps, a good cuppa and a bar of chocolate.  I will mainly stick to drinking in the afternoon, and not the evening for the time being, although Little Dimples is probably way big enough to smack me one if I rolled on her.  This I admit is risky, not massively so, but there is a risk that I wasn’t 100% and there was an emergency.  However, I’m sometimes so tired that I’m also not 100% then either.  In fact I can guarantee that all us parents take risks, just different ones.

The ‘wrong impression’ concept is worrying, I’m sure that will come up more and more in the years to come.  However, my message will always be about ‘everything in moderation’, so in many ways I was being consistent.  What I’m really pleased about was that the Mum felt that she could question me.  She didn’t do it aggressively at all, and I hope it shows that people think I’m approachable.  So if you ever want to question what I say, feel free to do so.  I’ll explain myself and consider what you said, I just can’t promise to change, that’s all!

In general, my advice would be to avoid Alcohol as much as possible if you are exhausted because it will make matters worse, as you will feel rubbish the next day and not get a good quality of sleep.  But if you need companionship and need to see a mate with a glass of wine, then just make sure to eat as well, drink a soft drink at the same time, and buy a sports/health drink the next day to help you out.  Be warned though, your decision making might be affected and if you go beyond a couple of glasses you are going to really regret it.  Plus you will need to be especially careful if you are co-sleeping, breast-feeding or pregnant.  It’s about balance.  Remember, it’s only a limit for a short time, so you will be able to drink to your hearts content if you so wish very soon!

Luckily for me, I’m fine today, and the washing machine stomach disappeared after the cuppa and chocolate yesterday.  Or maybe I forgot all about it in the chaos that is soft-play parties for 5 year olds, who knows!

The worst thing about being exhausted sometimes is then not being able to get to sleep.  I’ve got several tips on this, but the first is the most obvious; self-inflicted insomnia!

Do you ever lie down and your heart is pumping a hundred to the dozen?  It almost feels like you are having a panic attack, and despite feeling awful you just cant sleep?  Then you are drinking or eating too much caffienne too late in the day, or something else that speeds up your metabolism.  For instance, there are certain wines that have the same effect on me, maybe they have chemicals in them.

So try no coffee/coke after 4pm and if that doesn’t work try not having it after lunch.

Plus NO chocolate in the evening, which is tough I know, but it is full of caffiene especially the dark good stuff.

Watch out for some alcohol, medicines, and fizzy drinks, I’ve often been caught out by Lemsip because some types of lemsip have something to help you function during the day in them.

If this tip helps, I’d love to know, so please do pop a comment below.

If you would like to know how close to the red line you are running your life, then pop your email address in on the right hand side to sign up for my newsletter, and you will get my free Life Health Questionnaire.