I’m at last going to tell you what my ‘Big Secret Project’ is!

It might seem a bit random, but I’ll explain myself in my next vlog, as it’s a really interesting story of how things all add up together sometimes.

(Oh yes and as you can see Little Dimples was REALLY helpful with the whole videoing process – not!). 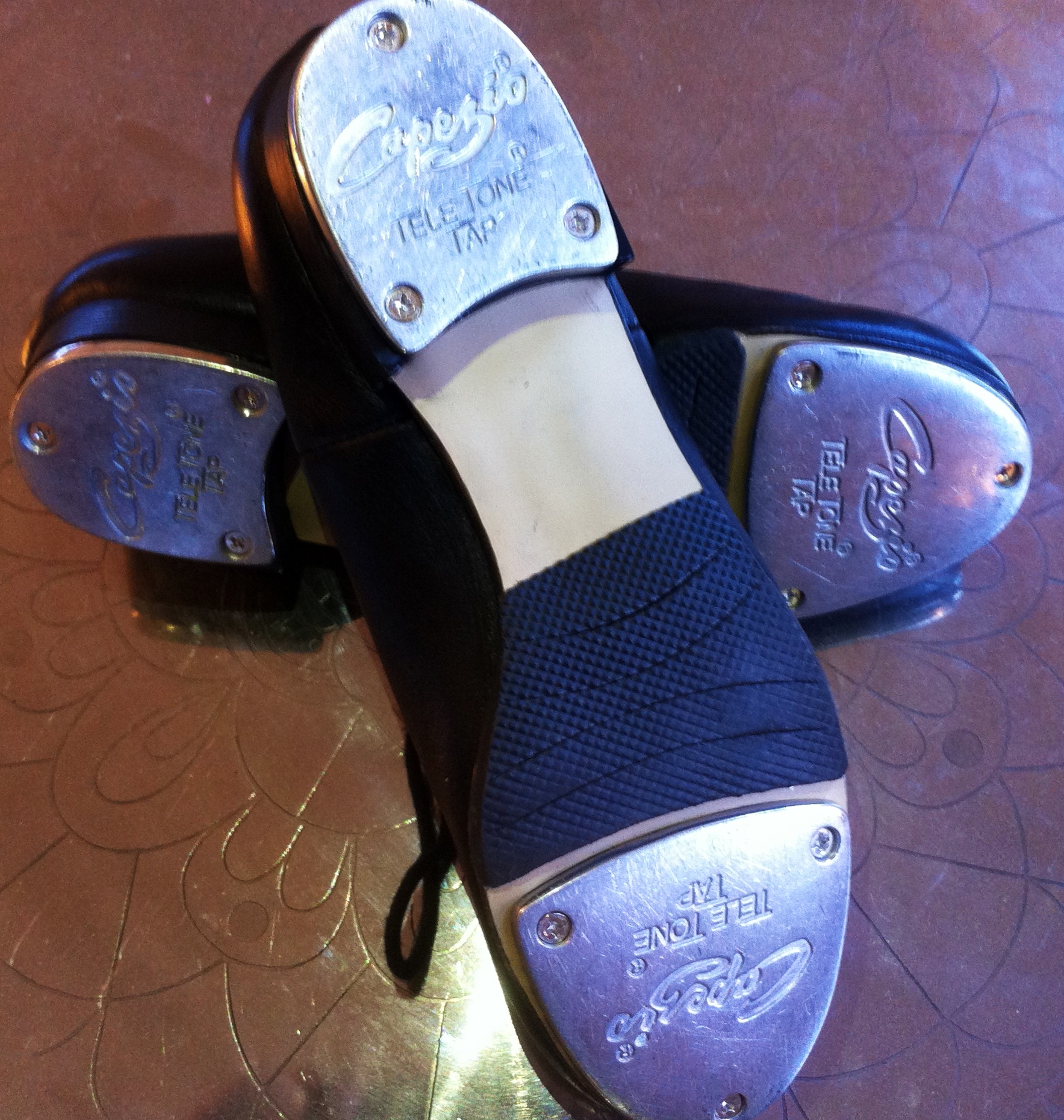 After school clubs – we often worry about them.

Have we chosen the right one?  Too few?  Too many?  Do kids really need them?

If they aren’t going to become ‘good at it’ do they really need to do one?

Do we need to supplement what they learn at school, with more stuff to learn from an early age?

Do we need to run around like mad crazy creatures every day of the week to get our kids the best ‘opportunities’ possible?

Well after this weekend I definitely got the point.

I’ve always been a fan of after school clubs for giving and outside influence and confidence.  But I’ve also been pretty lazy – I’m not into running around like a crazy creature or teaching my kids mandarin, so we’ve tried a few things out over the last few years.

Curly headed boy has been going to street dance for a while.  But a year ago after switching to the local state primary school, he started at Excel Performing Arts.  We quickly added tap lessons too.

Why?  I’m not sure really.  He loves dancing.  It’s more creative and free than gymnastics, and I thought it’s good for a boy to be able to dance.

Tap was more hard core though, and I had wondered whether he would be able to keep it going.  I could see how much it improved his timing.  But there had been a few times when a lot of persuasion was required to get back in the car and head off to his class.

The last few weekends and a large percentage of this half-term were then filled with practicing for a show.  I was getting very nervous.  What if it was awful?  What if something went wrong and he was devastated?  I duly bought tickets for each night, so that someone would be there just incase and got the Grandparents to cover one of the 3 shows.

OMG was the show wonderful.  I cried, laughed,and had shivers go up my spine.

The little ones were so cute.  The big ones were so talented and there are definitely a couple with the skills to go on further.

But most importantly the show showed me THE REASON.

Everyone is included, tall, short, skinny, gawky, tubby, plain as well as the talented and pretty.  There was no ‘social divide’ – middle class and working class (personally I hate those titles) had all sent their kids to the classes.

All the kids were worth watching. Every parent would have been amazed by what their child achieved.  And together they made an amazing show.

But when you see the older kids, you see the plainer, taller, shorter, skinnier, gawkier, tubbier ones have transformed.  They have a confidence and grace that they wouldn’t have been given elsewhere.  That’s the point.

It’s a HUGE achievement to be on stage.  To sing.  To dance.  To work together.  No wonder their confidence grows, especially as week in week out they are doing exercises that teach them rhythm, posture and grace.

Maybe not all teachers are the same

I’m not sure that this would happen in all dance/drama schools.  I remember my ballet teacher making it clear I was never going to be the right shape for ballet.  I was heart broken and stopped going to tap too (which I preferred).  A few years later my best friend was told she had grown too tall.  It took me years and pole dancing lessons to realise that dancing can be purely for fun (that’s a another story!).

I’m sure Sam and Steve would push any student with talent, but what’s most important is that they see what they can do for all the kids.  They’ve never said this, but you can tell by looking at the kids and that they haven’t subtly ‘pruned’ them.  It wouldn’t take much; just a comment here or there.  And this is what made the show so great to me.

Steve is pretty famous himself, so he knows what they need to do to succeed, but most of all he’s enjoying the ability to give something back.  (Here I have to admit rather embarrassingly to not watching enough TV to have a clue about who he was when I met him – note to self, watch more TV!).

Little Dimples was copying the little ballet dancers while watching and will be starting baby ballet with Sam next week.  So next year I’ll be watching two of my children in the show, and I can’t wait – but need to buy more tissues (I’m a wuss!).

I have no idea if my kids are talented dancers/singers/actors.  And I’m not going to worry about it.  I’m going to encourage them to do something they both love purely for the joy of it.

And I’m going to do more stuff purely for the fun of it, even if I’m not good at it.

Which one to choose?

Most of all, do what suits you, your family and your kids.

Pick for the JOY of it.

Don’t pick because you are worried they will miss out.

Don’t pick for their future career.

Don’t add too many – leave time for chilling, homework and playdates.

Ironically the Big Hairy Northern one and I are helping to set up an after school club for Woodcraft Folk from September.  Now I know ‘the point’ I can only hope to do as good a job as Steve and Sam.  But if we do any dancing/drama at any point, I’ll be getting them in!  In fact that gives me an idea ……

What a your favourite after school clubs?

Which ones did you try that didn’t work? 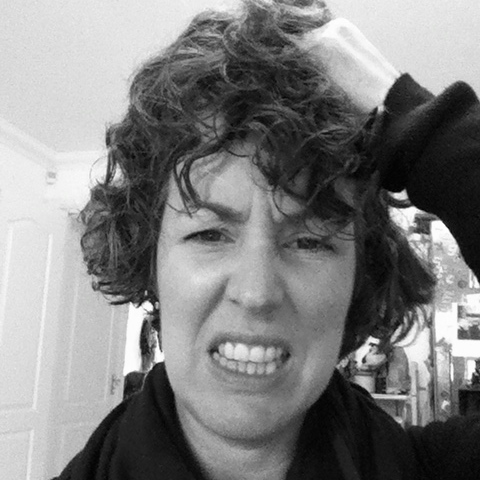 One thing sure to make me rant is bl**dy doctor’s receptionists and crazy rules about when you can or can’t book appointments.

THIS IS WHY MOTHER’s DON’T BOTHER WITH SMEAR TESTS AND SORTING OUT THEIR HEALTH.

‘Please make sure to only discuss one problem at a time with the doctor’ they say.  But Oh no, you couldn’t possibly book two appointments if you inconveniently have two things wrong with you.

Because of the whole school run thing, we happen to be a touch busy as everyone else is queueing up outside so when I get to phone: ‘Sorry all the appointments have gone for today’.

‘You CAN book 48hrs in advance’; which is of course always when I’m working.  No I couldn’t possibly book 72hrs in advance.  And all the appointments for a week in advance have gone.

I want to take my son in to check something, but it’s not urgent enough to keep him off school and I don’t want to make a big deal of it.  I’ve tried two days running and still can’t get a bloody appointment.

Last time I went for my back the doctor gave me pain killers, but forgot to put any kind of description as to what to do afterwards, so I have to try and book another appointment, which I’ve been lucky enough to get.  But of course I can’t talk about anything else at that appointment, I’ll have to phone tomorrow morning for another appointment.  Which I wont get because I’ll be too late, and the 48hr one will be when I’m working.  Argggh.

One day someone will die because they miss something serious because they couldn’t book a bl**dy appointment.

Is it so unreasonable to JUST WANT TO SEE A DOCTOR?

I’ve paid my dues.  I hardly ever go.  I don’t take up much time.  I just need a couple of little appointments for me and one for my son.

Last time I saw the doctor he even commented that he hadn’t seen me for a long time.  But whenever I mention how difficult it is to book, they just look powerless; who on earth is running their practice, the receptionist/practice manager or the doctor.

All I can say is Bl**dy ridiculous rules and where the h*ll is the common sense?