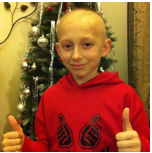 6 thoughts on “NHS: Is it Fair That People/Children Without Choice Don’t Get Help?”